Born This Day to You

8 And in the same region there were shepherds out in the field, keeping watch over their flock by night. 9 And an angel of the Lord appeared to them, and the glory of the Lord shone around them, and they were filled with great fear. 10 And the angel said to them, “Fear not, for behold, I bring you good news of great joy that will be for all the people. 11 For unto you is born this day in the city of David a Savior, who is Christ the Lord. 12 And this will be a sign for you: you will find a baby wrapped in swaddling cloths and lying in a manger.” 13 And suddenly there was with the angel a multitude of the heavenly host praising God and saying,

14 “Glory to God in the highest, and on earth peace among those with whom he is pleased!”

15 When the angels went away from them into heaven, the shepherds said to one another, “Let us go over to Bethlehem and see this thing that has happened, which the Lord has made known to us.” 16 And they went with haste and found Mary and Joseph, and the baby lying in a manger. 17 And when they saw it, they made known the saying that had been told them concerning this child. 18 And all who heard it wondered at what the shepherds told them. 19 But Mary treasured up all these things, pondering them in her heart. 20 And the shepherds returned, glorifying and praising God for all they had heard and seen, as it had been told them.

One of the most familiar sights of Christmas is the nativity scene, complete with Mary and Joseph, the baby Jesus, and some shepherds. No wise men. Not yet! Well, ok, if you must!

But sometimes it helps to look at the familiar scene one more time and try to imagine what it must have been like. Slow down a bit and see if we can grasp its glory. For what the nativity scene is meant to tell us is that the decisive moment in all human history came the day that Jesus was born. No more waiting. No more advent. The time had come!

A Thrill in the Night

The Gospel of Matthew and the Gospel of Luke are our primary sources for the Christmas story. Putting them together, we can say that the only people who were informed about the identity of the baby Jesus prior to his birth were Joseph, Mary, and Mary’s relative, Elizabeth. Who, then, were the first ones to know about his unique identity after his birth? Here is the answer, in the words of the Christmas hymn:

The First Noel the Angels did say
Was to certain poor shepherds in fields as they lay.
In fields where they lay keeping their sheep
On a cold winter's night that was so deep.

Now we don’t really know if these shepherds were poor, and we certainly don’t know if it was a cold winter’s night. But it certainly was “deep,” if by that we mean “profound” rather than “there was 16 inches of snow on the ground.”

Anyway, the Bible says there were these shepherds in the area around Bethlehem spending the night in the field, “keeping watch over their flock” during the watches of the night. I’ve never had a job as night security, but it doesn’t sound appealing. It sounds quite boring, or at least I guess I’d want it to be boring. An exciting night on night security would also be a terrifying night.

I wonder how many nights these shepherds had to truly go to work, fending off would-be predators of the flock. I don’t know if that happened on this particular night, but still it was the most thrilling, and yes, terrifying night they’ve ever had.

First, there appeared to them “an angel of the Lord.” His heavenly origins were made plain by “the glory of the Lord” which shone all around the shepherds. And their response to the sight was typical for everyone who encountered an angel in the Bible: “and they were filled with great fear.” I wonder what they felt a moment later when “suddenly there was with the angel a multitude of the heavenly host” (v. 13). The word host refers to an army. These angels appeared as “a vast, heavenly army” (NET). You’re not falling asleep when you see this!

This is the kind of thing a night watcher is going to tell everyone about. This is heart-stopping, on-the-edge-of-your-seat kind of stuff, and certainly the most thrilling night these shepherds had ever had out in the fields. They weren’t keeping this experience to themselves.

I don’t know if the shepherds left the care of the sheep in the hands of some other shepherds or something like that, but what had just happened to them was not something they could wait until morning to go talk about. They resolved,

“Let us go over to Bethlehem and see this thing that has happened, which the Lord has made known to us.” And they went with haste… (vv. 15-16).

A Knock at the Door

Meanwhile, the Holy Family must have been trying to settle down for the night. Mary wrapped her newborn baby in swaddling clothes and used a feeding trough for a crib. Like all new parents, Mary and Joseph must have been hoping for a silent night. Instead, they received a loud knock at the door. Or so I imagine the scene.

When they came into the room, they found “Mary and Joseph, and the baby lying in a manger” (v. 16). This was the sign the angel had given to them, the proof that what they had been told was true. Notice that when they saw the baby, verse 17 says, “they made known,” not the sight of the angels, as awesome as that must have been, but rather “the saying that had been told them concerning this child.” It was what they had heard from the angels, rather than the sight of the angels themselves, that really had them excited.

For unto you is born this day in the city of David a Savior, who is Christ the Lord (v. 11).

And then, let us ponder what this saying meant to Mary and to Joseph and to these lowly shepherds.

This baby born on Christmas Day, the angels announced, is “a Savior,” because he is “Christ the Lord.” His birth in Bethlehem, “the city of David,” was not only the fulfillment of the prophetic prediction (Micah 5:2) but also of great national significance for the people of Israel. A savior from the city of David? This could mean, and could only mean, that this baby was, at long last, the promised “Anointed One,” Israel’s Messiah, the Christ. But he is not just christos; he is christos kurios, “Christ the Lord.” The word lord is a claim of sovereignty.

So, this is not just another baby, born to a loving mom and dad on any given day of the year. This, the angels declared to the shepherds, is a child born “unto you.” The baby of Bethlehem is the greatest gift you or I or anyone else has ever been given. His birth is news of great joy, not just for Mary and Joseph, but even for these unnamed shepherds of Bethlehem. Indeed, it is good news “for all the people.”

How is this so?

A Pondering of the Heart

By now, we’ve heard these identifying words of the baby of Bethlehem so many times that we’re in constant danger of missing the force of them. After the shepherds repeated the saying of the angels that revealed just who this baby was, Luke says in verse 18, “And all who heard it wondered at what the shepherds told them.” I don’t know if there were now others present at the original nativity scene; probably, the shepherds went around repeating the saying of the angels to the people who were staying nearby. They became, we might say, the first evangelists, and listen again to the gospel they proclaimed:

For unto you is born this day in the city of David a Savior, who is Christ the Lord (v. 11).

The response of the people who heard this message is described as astonishment. This was history-making news, the kind of thing that changes the course of human affairs. If it was true, the world would never be the same again. Many people, of course, would just go right on with life unaware of how the world around them would be forever changed. But Mary, we read in verse 19, did not just “wonder” at the news. She pondered it. And surely, we ought to do the same.

And maybe, if we did, we would see the world in a whole new and exciting way.

After all, these things took place in the days of “Caesar Augustus” (v. 1), the heir to Julius Caesar himself, and the one who stabilized the Roman empire. His title, Augustus, “the revered one,” made it plain to all just who this man was. Having ended Rome’s civil wars and having restored the glory of Rome again, Augustus had inaugurated a time of unprecedented peace on earth. The pax romana, as we call it today. Who was Augustus if not, quite literally, the savior of the world, and it’s true and rightful king?

Well, so long as you pay your taxes to him and swear to him your total allegiance and worship him for the god that he seems to be. Otherwise, there are plenty of crosses that will help maintain the peace.

But here now is a little baby, far removed from Caesar’s palace, whom the angels of heaven have announced to be the real savior and king of the world. This is not just a message about how one might go to heaven after death, but also about how the world is to be saved from the doom of hell itself.

Could it really be true?

Ponder it in your hearts, my brothers and sisters. Far too many professing Christians, ironically enough, are more like unbelieving Israel, denying that Jesus ever did establish a kingdom on earth, the likes of which Rome or Egypt, Assyria or Babylon, could even dared to have imagined.

And yet, the world has never been the same since the first Christmas Day. And from that first Christmas until today’s, the baby of Bethlehem continues to be proclaimed as Savior and Lord.

What if we truly believed it? What might we do? In verse 20, we are told that these “shepherds returned,” presumably back to their sheep out in the fields, “glorifying and praising God for all they had heard and seen, as it had been told them.”

Perhaps now they saw that their labor, as ordinary and unimpressive as it must have seemed, was truly not in vain. Because the king is here. And he brings with him a true and lasting peace on earth. He is a much better king than Caesar, or any other would-be god. This King, this Lord, is pleased with his people. And all those who come to him in simple faith will find him to be an endless source of comfort and delight as they carry out their vocations in his kingdom and live out their lives in this world that he came to save. 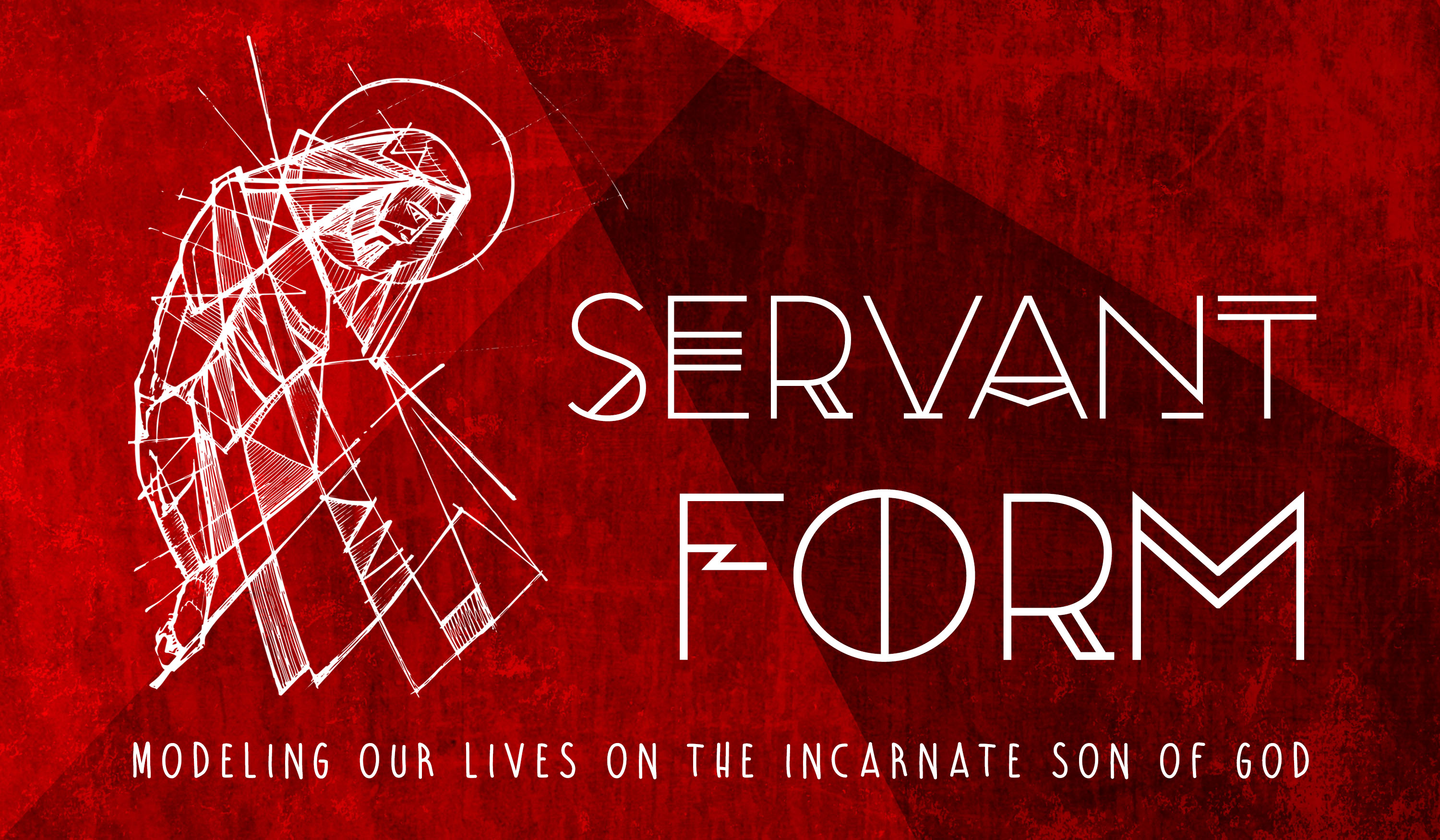 The Model of the Incarnation

The Majesty of the Incarnation

The Mission of the Incarnation