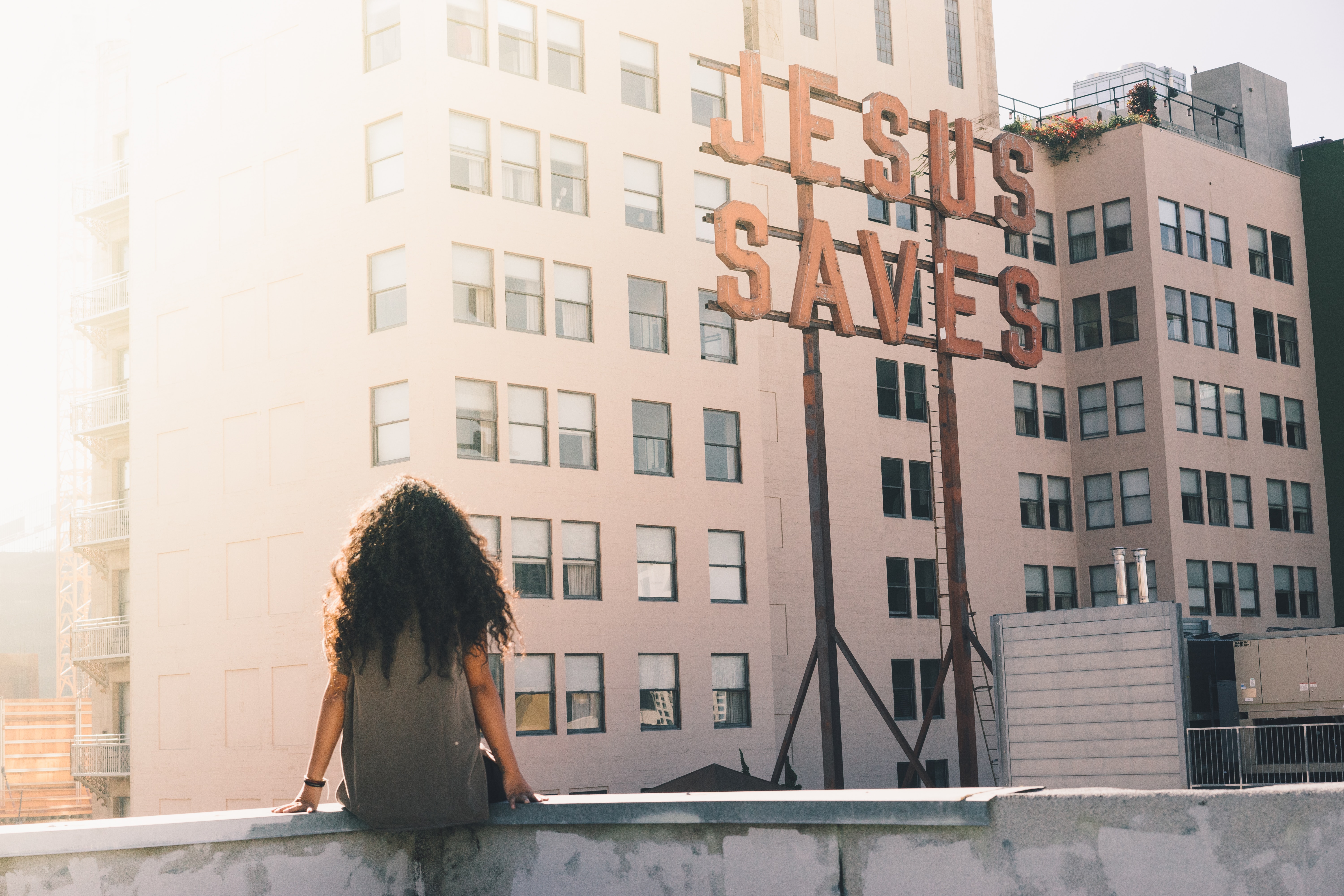 The meaning of Christmas is not entirely lost in our city. Churches tell the story of the birth of Jesus. Hints of the nativity are still found amid the glowing lights on houses and the familiar face of Santa Claus. And crosses beam from downtown skyscrapers reminding us that this may still be a city of faith, though I wish those crosses would beam during the Lenten season, too.

But what does seem to be lost is how the meaning of Christmas fits into the message of the Bible as a whole. The birth of Jesus Christ is not simply another one of the Bible’s stories but rather the story that brings all the stories together. We may know that the manger leads to the cross, but the story begins a long time before Bethlehem, all the way back at the beginning.

The Word at the Beginning

“In the beginning” is not only how the first book of the Bible begins; it is also how John’s Gospel begins. And what John tells us is that when “God created the heavens and the earth” (Gen 1:1), he did so through “the Word” who was with God in the beginning and was God from the beginning (Jn 1:1-3). And the meaning of Christmas, of course, is that this “Word became flesh and dwelt among us” (Jn 1:14). The human named Jesus was none other than “the only Son from the Father, full of grace and truth,” but he was also the one in whom “was life, and the life was the light of man” (Jn 1:4). So we cannot contemplate Christmas correctly without linking this story back to the Word who was with God when everything that exists was created.

The fourth-century bishop of Alexandria, Athanasius, wrote a short treatise entitled On the Incarnation of the Word of God. Taking us all the way back to the creation of the universe, Athanasius draws on the verbal connection between the Word of God (the Logos) and the fact that this Word created human beings in the image of God so that we would be rational (logikoi) beings, capable of knowing and relating to the Creator and continuing in this “happiness, living the true and only real life of the saints in paradise” (46). This being the divine purpose in creating us, the divine plan in saving us is virtually required by the dignity of the image in which God had made us. From the beginning of the biblical story, we are set to look for the salvation that God had promised to us who had been “carried off by corruption” (53).

The Only Savior of the World

It is just at this point that the story that the Bible tells becomes controversial, even abominable to so many. There is substantial agreement these days that the world needs saving, that things need to get better, that without improvement there can only be trouble ahead. But who or what can save us? The Bible is not difficult to understand here. Joseph was commanded to name the child born to Mary, “Jesus,” “for he will save his people from their sins” (Matt 1:21). This child born in Bethlehem was the fulfillment of God’s promise of salvation.

By all historical accounts, Jesus of Nazareth was an extraordinary person, and many today revere him for just that reason. But by all biblical accounts, Jesus of Nazareth was a supernatural person, possessing both a fully human and fully divine nature in his one person, and everyone is commanded to submit to him and worship him for just that reason.

Jesus is the incarnation of the eternal Word of God. Since it was he who was there at the beginning and it was he who made us in the image of God, who else but he could be the Savior of the world? It certainly cannot be any of us who have not only transgressed against our Creator but also thereby came under the power of corruption. It will not do for us to undergo a reformation, we need a transformation. We need a new creation. And that means we need a Creator. Athanasius asks, “What else were necessary to be done, or what was needed for such grace and recall, but the Word of God, who also in the beginning had made everything out of nothing?” (54).

The Salvation of New Creation

Now we can see not only the true meaning of Christmas, but how Christmas points us to the true meaning of everything. The baby born in Bethlehem was none other than the eternal Word of God by whom all things were made. He came in order to save the creation. But it would take a new creation to bring about this salvation, a creation wrought by the one who created it all in the first place.

And this new creation began, Athanasius reminds us, when the Word became flesh, when the immortal Son of the Father took “to Himself a body capable of death, in order that it, by being made a partaker of the Word who is above all, might be a sufficient representative of all in the (discharge of the penalty of) death, and, through the indwelling Word, might remain incorruptible, and that for the future corruption should cease from all by the grace of the resurrection” (57).

The Christmas story is no meaningless invention, but rather the only way that the image of God in human beings, so marred by sin and corruption, could be fully restored. It took a new creation by the Word. But this time, having become one with us in our humanity, the incarnate Word of God ensures that this new creation will never be tarnished again.